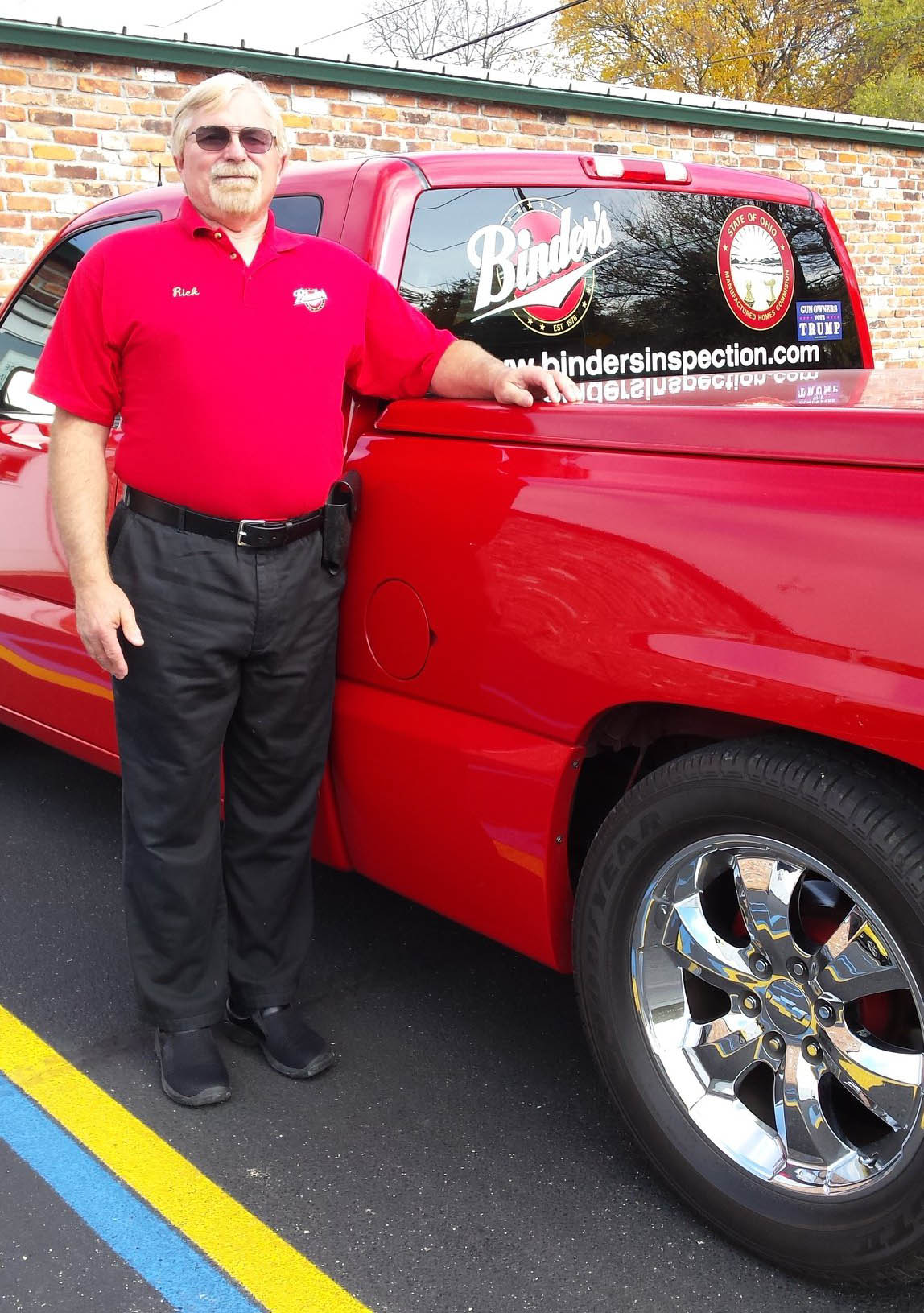 Binders Inc. was founded by Richard L Binder Jr. in 1978 as Binders Mobile Home Service. At that time we serviced the mechanicals of mobile homes which included plumbing, electrical and HVAC.

In 1999 we became incorporated.
At this time, we began doing sets (roll and crane) on private property.

In 2002 Rick became State of Ohio licensed for electrical and HVAC.

In 2006 Rick qualified to be licensed by the Manufactured Homes Commission (OMHC) for all types of installation for manufactured homes.

In 2007 Binders Inc. qualified by the OMHC to become a 3rd party agency and Rick became licensed as an inspector.

In 2018, the OMHC was taken over by the Ohio Department of Commerce. In that same year, the company was purchased by William Binder and renamed Binder’s Inspection Agency LLC.

Contact us today to schedule your manufactured home inspection